Last week I’ve bought a Rigol DS1102E digital oscilloscope and was very eager to test it out. When going to my bin of old hardware I’ve found a Sitecom Wireless Router 150N X1. After opening up the router I immediately spotted the UART debugging interface (top left in the picture). In this post we will go through the process of connecting to an unknown serial interface. 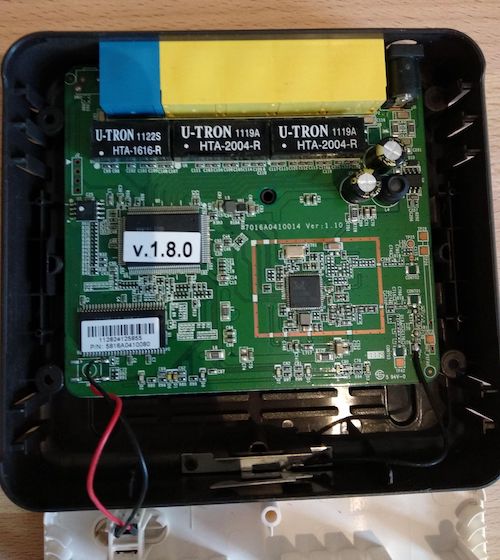 The UART debugging interface wasn’t labeled, so I had to figure out what each port was doing. The two pins on the right are directly connected to the IC, so I figured that those to are the RX and TX ports. By connecting a multi meter to the two left most pins I’ve found that the serial port is using 3.3V and the left most connector is the VCC followed by the GND pin. By connecting the ground lead of the multi meter to GND pin on the serial interface I quickly spotted RX port (positive voltage). From left to right the pins are: VCC, GND, TX and RX. 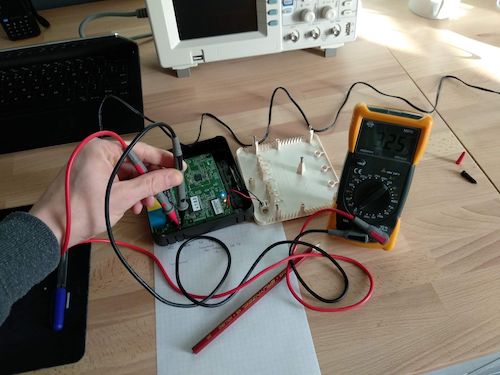 We now know the operating voltage and pin layout of the serial interface but the baud rate is still unknown, so I’ve connected my new oscilloscope to the GND and TX pins on the serial interface and set it to trigger on a pulse. After power cycling the router is saw the following signal: 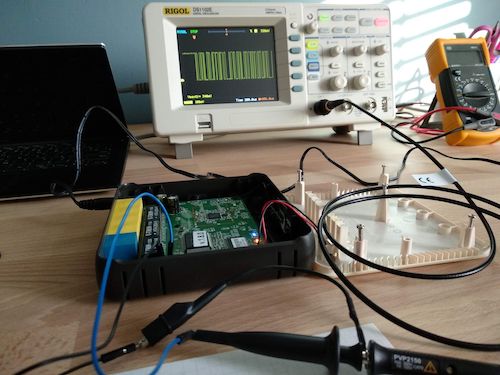 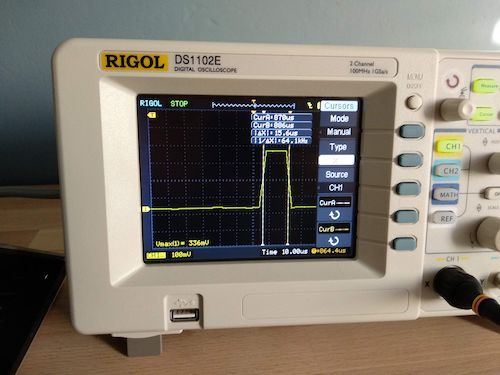 The USB to TTL module (PL2303) I had laying around operated on 5V, because I was not willing to risk breaking the router I had to down convert to voltage to 3.3V. This can be done using a bi-directional logic level converter. 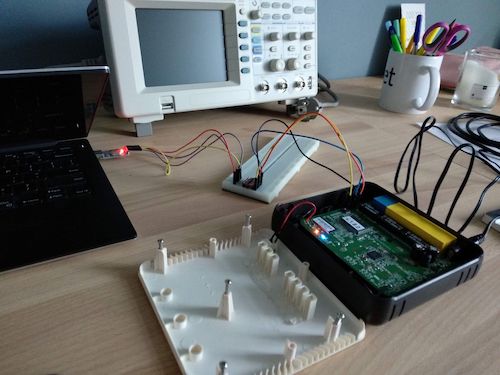 Using the USB to serial connection we are able to connect to the router using minicom with the following command: minicom -b 57600 -8 -D /dev/ttyUSB0. After power cycling the router, the following output appears: 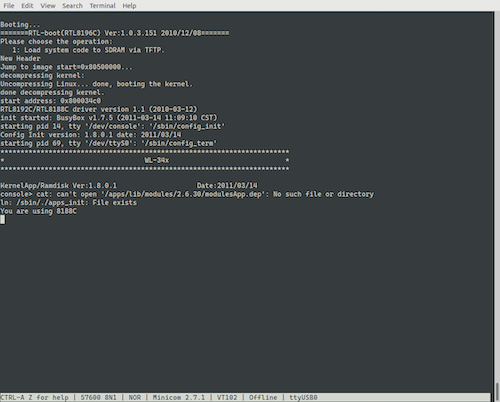 According the the boot log the Sitecom Wireless Router 150N X1 is using Linux!